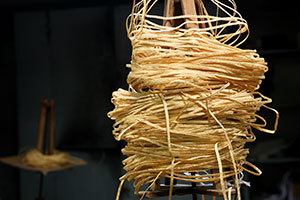 Marzi's story began in the early 20th century and developed in Florence and Paris, the two cities where the lives of a great family of master hatters became interwoven. In 1924 the head of the family, Spartero, moved to Paris to broaden his horizons and break new ground by making hats for women, and it was here that he refined his art, setting great store by traditions and know-how.

On his return, the large family home became the headquarters of the Marzi company, and it is here that they still make those Florentine straw hats that the young Englishwomen who came to Tuscany as part of the Grand Tour would wear with such pride. 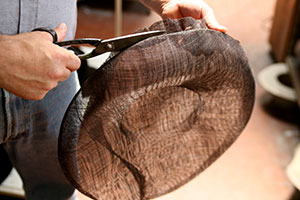 Marzi hats are elegant forms of art, a perfect marriage between tradition and innovation: all the company's creations are made by craftsmen, combining flawless manual skill with unique, cutting-edge style.

Marzi's long tradition guarantees a hat that never fails to express the finest artisan quality. The meticulous and careful inspection of each stage of production and the quest for distinctive details result in a product with exclusive and sophisticated features.

The creation of Marzi hats, which are strictly in line with the "Made in Italy" ethos, is entirely entrusted to the manual skill and talent of individuals: the definition of the models, quality of the raw materials and stylistic refinement make each single creation perfect and inimitable in its uniqueness. The aim has always been to make a high-quality "Made in Italy" product, thanks to the use of select raw materials and outstanding manual skill. 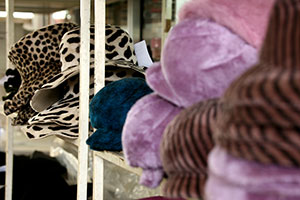 What makes a Marzi hat unique is, above all, its stylishness: feathers, tulle, veils, inserts and trimming intervene to add a touch of unmistakable elegance. The company's creations are the fruit of cutting-edge research, meticulously carried out so that the aesthetic and stylistic harmony of each hat is expressed in each of its various components.

Thanks to the hard work and commitment of four generations, but above all its curiosity in new developments, interpreted as an evolution of tradition, Marzi is now an established brand on the international market, with an important and significant presence in all the world’s finest showcases: Harrods, Selfridges and Fenwick in London, Neiman Marcus in the United States, Tsum and Parad in Moscow and the exclusive boutique Franck et Fils in Paris.